This is an Impossible Love

Why was Seven in this place? Wasn’t it too early for him to be in this city?

While I was having such thoughts, Seven also noticed me and waved at me with a smile.

“Did someone else accompany you here, too, Mac? The ‘Mad Ride’ party brought me here. I really wanted to get my hands on that ore no matter what and improve my blacksmithing skills.”

“No, it wasn’t that Takahashi’s party brought me here, but I had business in this city.”

“Takahashi? You mean the ‘Takahashi and His Merry Men’ party? Do you know them?”

His eyes widened in surprise, but it seemed like he knew of Yuuta’s group, even if it was just their party name. Well, Yuuta’s name appeared quite often on the bulletin board. But compared to him, all my actions could be summed up in one simple word.

Without thinking, I poked Yuuta with my elbow and teased him, “Aren’t you quite famous?”

He then used a reverse card on me, “You’re just doing too much behind the scenes.”

“So, you’re acquainted with Mac? Nice to meet you, I’m Takahashi. I’m the disciple of Harpon-san from the ‘Mad Ride’ party and Mac’s best friend.”

Seven looked like he was a little nervous. Moreover, he was speaking formally with Yuuta. It just felt strange.

“So, you have proper friends, Mac.”

Seven pouted his lips a bit.

Ah, but he did say that they brought him here.

My question was resolved by a tall man from the ‘Mad Ride’ party.

“No, we’re not. Seven requested that we take him from the desert city here. I told him it was still early for him to be in this city, but he didn’t listen. But we already had plans to come here, so we thought, ‘Why not?’ and brought him with us, reminding him repeatedly that we wouldn’t be responsible for him later. He said he wanted to go to the mines at the back of Sette city to raise his blacksmith level. But I don’t think he’s still up to the task yet, looking at his level. And surprisingly, he’s quite stubborn.”

Yuuta and Kairi opened their eyes wide in surprise upon hearing the words I muttered with approval.

“Did you come here at level 30?! Seven, this is for your own good, go back riding the stagecoach together with Mac. You need to level up to the recommended level first. You won’t be able to do everything alone, so you need to know your limits.”

Seven, however, disapproved of Yuuta’s realistic advice acquired from his experience.

“I started playing this game because I wanted to do blacksmithing. I’m not here to level up.”

“I understand that you’re quite determined, but how should I say, if you want to dedicate yourself to that one thing, you can only do that with the help of your comrades, you know?”

“Isn’t Mac doing it alone too?”

Ah, as I suspected, he thought I was weak. Well, I was indeed weak, but I thought I could easily beat him if I fought him now. That was because I was more than twice his level, and he also wasn’t a combat class.

When I let out a sigh and was about to interject, Yuuta frowned a little and said before I could, “What are you talking about?”

“Mac’s personal level is already above 60. The recommended level here is around 70, so if it’s Mac, he can at least manage to come here alone somehow. And he has already raised his pharmacist class to the highest rank.”

Seven was so surprised that he was at a loss for words, and his eyes opened so wide they were about to fall out of their eye sockets after hearing what Yuuta said. How rude of him!

“The reason why this guy can play solo is because, oddly enough, he’s on ridiculously good terms with everyone in this world. If he plays with other players, he won’t be able to be with those people from this world.”

Seven had a surprised face as if he was thinking, ‘What’s he talking about?’ and looked down upon Yuuta.

Yuuta also saw his face and let out a heavy sigh.

“You, you want to work in production class, right? And why did such words come out of your mouth? Normally, if it’s about a blacksmith, you become a disciple of an NPC blacksmith and improve your skills through him. And if you’re recognized as a full-fledged blacksmith, you become a high-rank blacksmith, and only after that do you become independent. The flow is somehow like this, but you still think of them as mere NPCs! You won’t be able to succeed in blacksmithing with that mindset.”

Wow, Yuuta exactly said the words that had been in my heart to him. That felt refreshing.

“Well, the reason I became a high-rank pharmacist is thanks to those who you called NPCs. And also, this.”

I showed him the feather amulet that was hung on my chest. This was a gift full of love from Vidello-san.

After listening to my words, his face became distorted.

“It’s because you called that gatekeeper an NPC.”

“For me, that gatekeeper, the other gatekeepers, and also the people from this world, they are all precious to me. So how can I tell this to a person who looks down on them?”

Even if I told him that it was better to get along with people in this world, he would give some half-hearted reply like, ‘I know,’ and I could kind of guess that his attitude wouldn’t change at all. And I couldn’t stand being blamed in the future for being the reason he couldn’t get along with these people.

I had an inkling that things would become like this, so I didn’t want to get closer to Seven. I also thought that Vidello-san had the same feeling as me.

“Looking down on them, such things…”

“It’s because when you enter a shop, the shopkeeper says, ‘Welcome.’ Even the gatekeepers, they’ll always say ‘Welcome,’ or ‘Be careful,’ when you go in and out of the city. But Seven, you always ignore them.”

Seven didn’t know that everyone in this world could laugh happily, get angry, or get annoyed whenever we talked properly with them.

“Isn’t that supposed to be their role?! It’s not like I’m ignoring them.”

“We once happened to enter a strange dungeon when that guy brought us with him,” Harpon interjected.

A strange dungeon? Certainly, it must have been him.

“The guy who brought us to that dungeon, his actions and words, all of them were too far from that of a mere NPC. He was always short of money, and when we treated him to a meal, he ate it in bliss.”

Was he maybe Sage-san? I also thought it was him, but what did Harpon say in the latter half of the conversation? I tilted my head. Short of money? Treat him a meal?

But Sage-san lived at Crash’s shop. While I was lost in thought, Yuuta whispered to me, “It was Sage. Harpon-san also entered the secret dungeon.”

Ah, I remembered, Yuuta first said, “He was broke, so I treated him to a meal.” Yep, it was definitely Sage-san.

“He is a special guy, so truthfully, this type of information isn’t widely known among players, but I’ll make it an exception for you rookies.”

Information that wasn’t widely known among players! With a nervous gulp, I was in a posture ready to take in the information.

“That guy, he’ll never take the players that treat him as an NPC to those strange dungeons. He said, ‘Those guys who looked down on me calling NPC or something like that, as soon as something unfavorable happened to them, without a doubt, they would abandon me in a flash, using me as their shield.’ He said that he would be a fool to bring those guys, who would think of him as an NPC like it wasn’t their concern at all what happened to him, to a place where all their lives would be at stake. He didn’t want to die, so he would never bring those guys to the dungeon with him. That’s why, Seven, you’ve already thrown away that one possibly from the very start. Even if he doesn’t bring you with him, he can tell how you think of him just by talking with you.”

Even Sage-san said this. But he could still bring strangers with him to those dangerous places. But I kind of understood them somehow.

Crash, Kyle-san, and even Vidello-san could properly notice this through conversation. Their reactions were exactly the same as ours, people from reality.

Ahh, I wanted to meet with Vidello-san. I would meet him and admire his beautiful smile up close.

Thinking something like this, I had been unconsciously playing with my feather amulet.

“Even if you say that, no one told me it was a game like that.”

Being rebuked about an unexpected thing, Seven became flustered. Then, the taller man laughed while adding more facts to give him an additional blow.

“It’s quite a popular topic on the bulletin board. There’ll be nothing but a loss to those who treat NPCs as mere game mob characters.”

“But… Mac too, if you have been playing this game longer than me, you should have told me about this from the start!”

Ahh… Just as expected, he was now putting the blame on me.

“You never asked me. Besides, from the start, you had always assumed that I was a very weak guy. Well, although it was my fault that I got stabbed by the quills of a porcupine monster all over my body.”

“It’s not! It was when I was collecting materials and I was careless one time.”

Just when things were about to turn sour, Yuuta interjected and made a joke.

But this in turn made things worse or something; he frowned.

“You said you didn’t have any friends, but look at you, you properly have all these big-shot friends! Were you making fun of me being a solo player!?”

“No, I’m also a solo player. Having big-shot friends isn’t something you should take pride in. Besides, you’re the one who thought that I didn’t have friends.”

I hadn’t said a single word about it.

I got annoyed by Seven, who was raising his voice, so I retorted a little harshly.

At that moment, Seven extended his hands aiming at me, “Are you saying that it’s my fault!?!”

He forcibly grabbed my robe, and a sound like something snapping could be heard.

The scene froze in front of me; in his hand, he was holding the blue feather amulet that Vidello-san had given me as a gift. 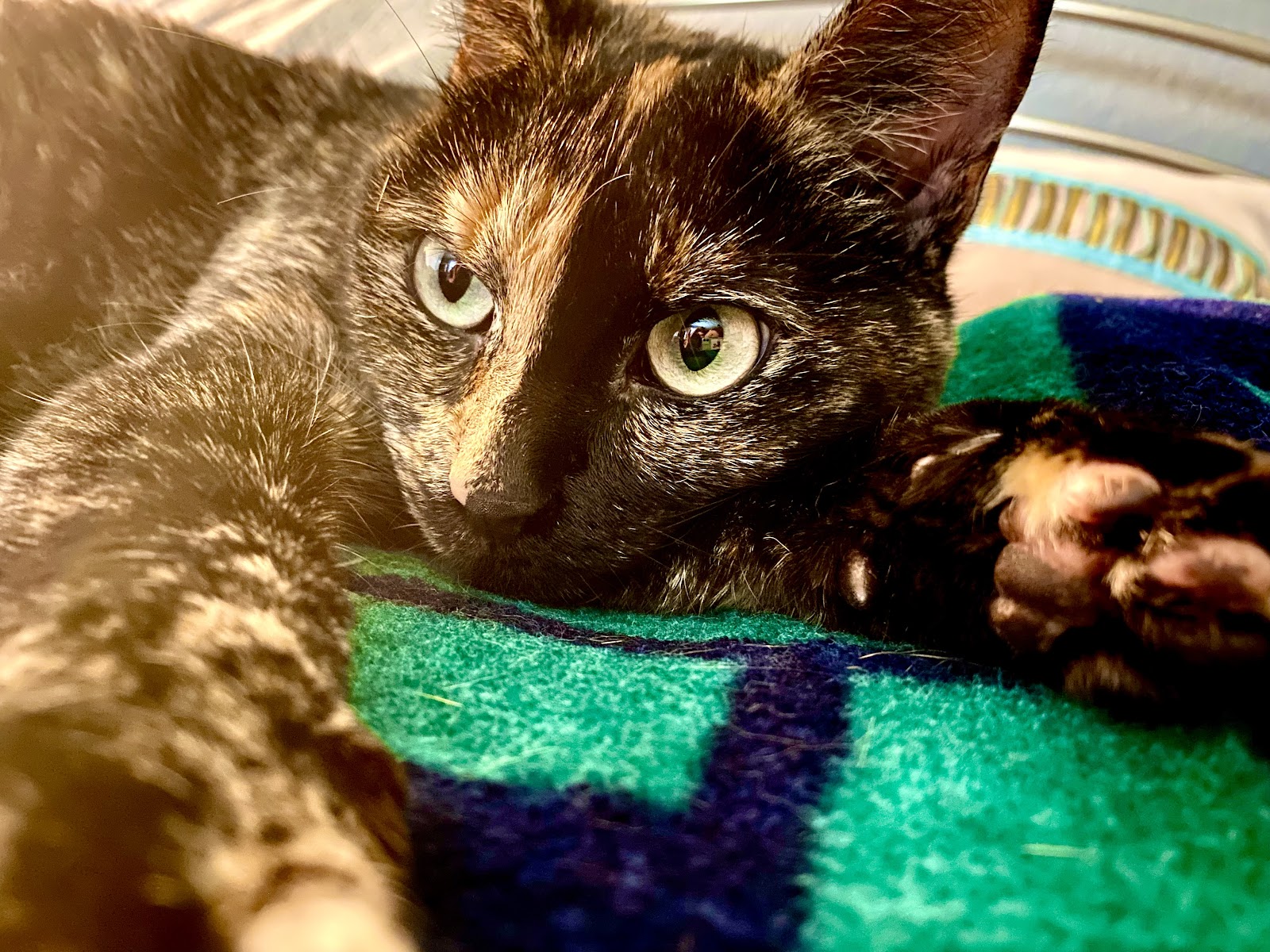 this is a terrible time for a cliffhanger…. not Vidello’s gift 🙁

WTF is wrong with that guy? Blame your own stupidity for it and not some random person Dx Now I kinda want those “mere NPCs” to kick him out of their town lolol

Omw to catnap a pretty cat…

But also thank you very much for the chapter!! Smh seven you can’t just blame everyone for being an airhead