The next morning, I stood on the balcony of the castle with a bottle of wine in my hand.
I pulled out the cork with my fingers and gulped down its contents.

The wine that entered my mouth, spilled out.
My jaw, spine and ribs, were mercilessly soaked. Even the robe I wore on top was stained.
I groaned at the peculiar sense of discomfort.

“I can’t eat or drink as expected…”

While I had a sense of sight, hearing and touch, I lacked a sense of smell and taste.
What kind of senses could a body that was all bones feel?
It was a mystery how I could even speak.
I didn’t quite understand an undead’s mode of life.
After a considerable degree of inspection, I shifted my attention downward.

The place was awash with innumerable undead.
They were the citizens of the capital who had now transformed into undead.
Most of them lost their lives to the miasma that invaded them.
I repurposed their corpses.

The decaying individuals must have been the buried ones.
They must have risen due to the effects of my miasma.
Many figures could be called skeletons.

The undead gathered tightly.
They filled the castle and spilled into the town.
The majority of undead that were not present, were loitering in the outskirts of the capital.
It was so that I could immediately detect if something happened.

I gazed at the streets of the capital from my balcony.
An air of gloom hung everywhere.
The thick miasma spread in all directions, creating an atmosphere that was not the tiniest bit welcoming to living things.
The atmosphere was now reminiscent of the Valley of the Dead.
Thinking about how this was all the work of my hand, I ended up thinking about a lot of things.
But, I didn’t feel the slightest bit of regret.

I had finally gotten my revenge after ten years.
My advance was disappointingly smooth.
Of course, this was just the prologue; the real show would start now.

My next objective: true world peace.
It was an abstract concept, but I knew exactly what to do.
After going through suffering and struggles in the Valley of the Dead, I discovered something.

Whenever there existed evil in the world, humanity was united.
Although momentarily, peace would be created.
Prioritizing humanity’s survival, large conflicts would be avoided.

It was the former Demon Lord, who shouldered the evil of the world.
Whatever his ideology and purpose were, it was a fact that he had prevented conflicts between nations.
Everyone put effort into subjugating the Demon Lord.
There was unity across borders.

The one who broke this distorted equilibrium was none other than us.
We subjugated the Demon Lord at the end of a life-and-death battle.
Of course, it was to save the world.
The people too wished for the Demon Lord’s death.

However, reality was cruel.
The result was such a situation after going round and round.
The Hero was executed, the Sage became immortal, and the capital became a place where undead ran rampant.
The conclusion of this heroic tale was too gruesome.

It was a mistake to think that exterminating the great evil from Earth would bring about peace.
What awaited us was a chain of conflicts between fellow humans.
It spelt the beginning of an ugly war amongst countries trying to destroy one another.

The fact that the deterrent, the Demon Lord had disappeared was the primary cause.
In the absence of a common enemy, even neighbours began to point swords at one another as if it was nothing .
She and I being executed too, could be said to be a part of that.
I hadn’t quite grasped the present state of the world. But I was certain that the same tragedy was repeating itself.

That isn’t the kind of world I want.
Peace seemed rather distant. If anything, the world now was an antithesis of it.

True world peace is achieved when there is an immortal reign of evil.
Hence, when I become the Demon Lord, I would continue to inspire fear amongst countries.
I have to constantly strike the fear of imminent destruction in their hearts. It was then that humanity wouldn’t think of going to war with each other.

If I do that, humans will naturally gain solidarity.
They would join hands to defeat me.

Of course, my intention wasn’t to destroy the world for real.
But I couldn’t have them suspect that.
I couldn’t let myself be defeated by anyone either.
I have to continue to threaten humanity for all of eternity.

That was my duty for defeating the necessary evil, the Demon Lord.
It was a role that only I could pull off.

( There were preparations to be made for that too…)

To call myself the Demon Lord, I needed to have a considerable foothold.
Firstly, I needed some subordinates.
Our numbers were more than enough, so what I needed were subordinates with high fighting ability.

I now possessed authority over the Valley of the Dead.
I was a high-ranking necromancer.
I thought of creating a single powerful entity by combining the gathered undead.
I had tried it many times during the fall of the capital and now had a grasp of the trick.

Producing powerful subordinates had its advantages.
In addition to consolidating our battle strength, it also served as a provision against unlikely events.
As long as I had undead subordinates, I would not die.
Because I could revive through the remaining individuals.
After all, they were no different than the number of lives I had.

Based on this characteristic, it wasn’t bad to lay the groundwork for a strong entity.
Because it reduced the risk of my destruction.
They would not be able to subjugate me.
It was necessary to enhance my immortality to prevent the tragedy of humanity from repeating itself.

“I will become the new Demon Lord.”

Welcome the new editor for the series, Sensei!

P.S. Chapter 3 part 2 is up on Patreon. I’ll be uploading Chapter 4 very soon~ 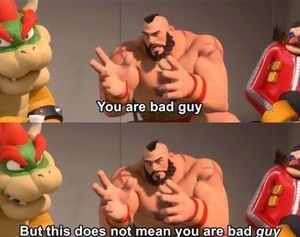 Nah, he’s evil and he knew it. he just try to enforce peace his way.

Thanks for the chapter.

not what i thought would happen but still really nice, tanks for the chapter

glad you enjoyed it.